The Messy Truth VR Experience is a virtual reality series that puts viewers in the shoes of people from other walks of life, in communities that may be unfamiliar to them. Utilizing VR, the viewer sees through the eyes of a 12-year old African-American boy as he and his dad are pulled over by the police. The scenario is based on a real life incident, with research provided by Time Magazine.

“Sometimes it seems nearly impossible to truly understand what a person of a different race, gender or worldview is going through,” Van Jones said. “But a Virtual Reality experience can give life-changing insight. VR has the potential to be the world’s most powerful tool for generating empathy and understanding. It’s time to start using this new technology to bring us together across old divides.” 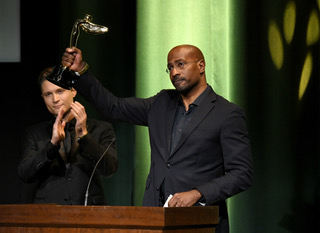